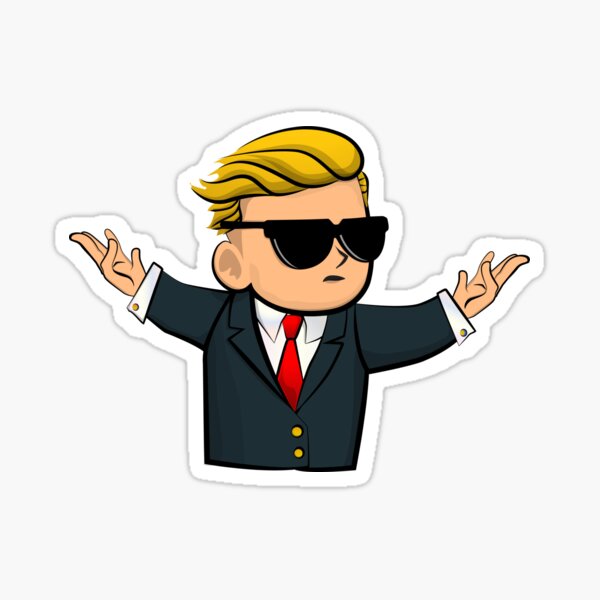 As most of you know by know, there has been a great disturbance in the force. And by “force”, I mean the stock market.

On January 22, 2021, members of a then-relatively unknown subreddit called “WallStreetBets” (WSB) came out en force, with their eyes on undermining a massive short position in place by Melvin Capital, a sizeable investment firm with (then) $13 billion in assets. The goal of WSB’s plan was to basically bankrupt Melvin Capital for attempting to do the same to Gamestop, a company that many WSBers were quite fond of.

Well, they kind of succeeded. They effectively killed half of Melvin’s value over just a couple of days, to the point where outside investors had to come in to bail Melvin out with a nearly $3 billion investment (which leads me to believe they actually really lost everything, because if they lost $1.5B, why would they need double that?). There had even been unverified rumors that Melvin would have to declare bankruptcy within days, if they hadn’t been bailed out.

Now, here’s the part that’s frustrating me. People all over, mostly people who don’t really know about the stock market, are hailing WSB as heroes, for “taking on the establishment” or for “changing the game” and “exposing the corruption of Wall Street”. My problem with these ideas is that A) they haven’t changed the game, not really, and B) they haven’t exposed anything that wasn’t already known.

It’s been long established that the powers that be in the finance world control, well, everything. They buy politicians, they write law, and of course, they control the money in the country. It’s well known that major firms have been able to manipulate stocks, either through insider trading, social engineering (leaking news, planting false news, etc.), and/or manipulating the price by selling or buying large quantities of stocks. For lack of a better description, these are primary forces in the stock market.

Now, all of a sudden, everyone’s “hip” to the idea that CEOs and Chairmen are manipulating the market by talking speculation on the news minutes before making large buys, or trying to destroy companies by shorting stocks (like with Melvin and Gamestop). As I’ve already established, THIS IS NOT NEW.

All of a sudden, people are aware that, with organization and guts, “regular” people can team up and manipulate a stock. Again, THIS IS NOT NEW.

What WSB did is called a “pump and dump”, by which someone manipulates a stock’s price, usually upward, by getting many others to buy the same stock, with the intent of dumping all their holdings once it reaches a desired point. The only difference here is that WSB, at least some of them, don’t have the intention of dumping (or at least, that’s not in their plan; these guys aren’t exactly knowing for having exit strategies). This is flat-out illegal; there is no question about it. It has happened HUNDREDS if not thousands of times in the past; the main difference between all the past instances and what WSB did is that this is the first time that it has happened with a major company’s stock, that has greatly hurt a major financial player, and has made news worldwide.

Pump and dump schemes, for the most part, were kept to penny stocks, equities which someone could easily buy thousands or tens of thousands of shares at a time in order to more easily manipulate the price. They were usually led by a person or small group of people who worked together, usually doing them multiple times over the same stock or multiple stocks, usually in the same sector, and almost always in the OTC exchanges, none of the major ones. That would be one of the other major differences with what WSB did, it was loosely coordinated between thousands of traders across the world, most of whom have never met each other.

Another thing that makes what WSB did illegal, and not what investment firms do, is that it was overt. When firms manipulate a price, they know to avoid detection; they do it slow, and methodically. They will move a stock’s price 5 to 20% over the course of weeks or months; what WSB did was explode the price 1,000% over a single week (over 2,000% over 2 weeks if you consider that they actually started around the 13th, based on the sudden increase in volume that day).

Now, I’m not arguing that they shouldn’t have done what they did. I don’t care that a big, greedy investment firm got financially raped. I’m not arguing that they shouldn’t have highlighted how rigged the stock market is, how biased corporations and politicians are. My only opinion on the matter is how completely irresponsibly they went about it. They didn’t change the game, they in fact played it exactly the same, but on steroids. It’s like if you said you were going to fix police corruption by videotaping every single police encounter to show how systemically corrupt law enforcement is; instead, what WSB did was go out with grenades and rocket launchers and blow up not only very policeman they can find, but any bystanders nearby as well.

Their reckless attack on the stock market had collateral damage that no one is talking about. Because everything is interconnected, thanks to ETFs and index funds, other stocks were negatively impacted by WSB’s assault on Melvin. Seeing their portfolio drop into nothingness, I’m sure Melvin started tossing other stocks out in order to cover their losses, which just magnified the effect. Granted this is purely speculation and my opinion, but I believe WSB’s attack is the direct and only reason for the market’s two 600+ point drops last week, two of the largest single-day drops in the past 6 months.

Now the smoke is starting to clear; brokerages have taken various steps to mitigate the disaster, including banning traders, changing margin rules, and halting trading on some of WSB’s favorite stocks. However, a cursory glance through the WSB reddit shows that they are simply regrouping as they scramble to find new brokers with which to trade (Robinhood is seeing a mass exodus right now). There may very well be a second wave within the next week or two, although I suspect it won’t be as large; many WSBers have taken massive hits, from either jumping on the bandwagon too late or from playing options that left them high and dry. Many of them have either disappeared with their newly amassed fortunes, or spent a lot of it already. WSB won’t have the funds to launch the larger attack they need to finish the job. Only time will tell.

Last month’s event will have a lasting effect; what that is, exactly, is hard to say. Politicians and financial experts are calling for some kind of regulation; what exactly that could be is beyond me, as major financial players won’t let themselves be restrained. I’m guessing whatever regulation occurs will target retail investors specifically, by way of changing margin requirements, how or what stocks are purchased, or maybe even additional requirements just to open an account. Could be we’ll be seeing an end to zero commission brokerages, which is the primary reason for the increase in investors over the past few years. There could be a bit of a slap on the brokerage’s wrists as it seems a handful of them, including Robinhood, didn’t have enough cash to float all the trading going on, and that’s why they halted trading on GME; so the SEC may require higher asset holdings or proof of said holdings by the investment companies.

Will any WSBer get disciplined? I seriously doubt it. Unless the SEC can make a solid case that someone intentionally led the charge to personally benefit from it, and not that it was just a group of degenerates and retards who didn’t know better, there’s really no case to be filed.

Added 2/3/21 – a recording of some kind of meeting between Elon Musk and Robinhood CEO Vlad Tenev has been released, in which Tenev provides his explanation as to why Robinhood restricting trading. This, if true, basically confirms my last point about upcoming regulation for brokerages, as far as having more money on hand to handle excess trading.