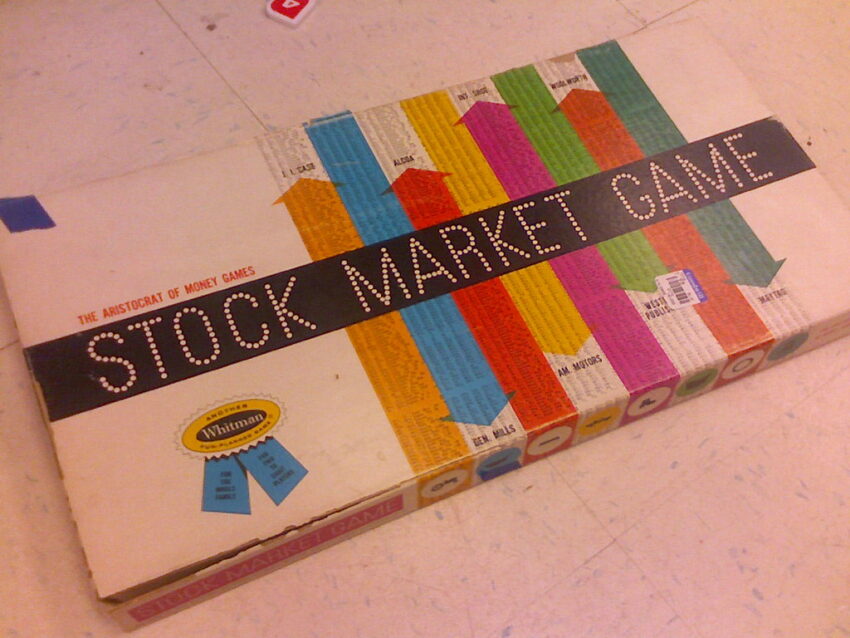 These last two weeks have been a bit of a roller coaster, in relation to the market. After two great buys last week, the market decided to make things interesting by going topsy-turvy in the first half. It looks like Fed head Jerome Powell’s talk today brightened everyone’s outlook and brought the market back up.

However, it was during this time that I learned a lesson (or rather, re-learned it), the hard way. One of the key things you will hear time and again when trading in the market is to keep emotions out of it, and to automate as much as you can; not literally like having a program do your trading for you, but in terms of having a plan of action to follow and sticking to it.

Which brings me to my recent failure. As I mentioned in my previous post, I began doing real trades based on the suggestions output by my program. The first one, TXMD, was a big success, followed by KRP, which, although small compared to TXMD, was another big hit. I followed that up with what I knew would be a riskier bet, with MGY; riskier because it had an earnings call coming soon, and I knew I’d have to either get as much as I could before that, or ride it out in hopes for a good report that would push the stock further.

My first mistake was trying to get clever early on. I had bought some shares of MGY at $10.13. While taking a second look at the numbers, I came to the conclusion that there was a good chance MGY would beat the earnings estimate, which I hoped would translate to better returns. To that end, I decided to double my position by trying to “get a good deal” in premarket trading. BIG mistake. Through bad luck and poor chart reading, I ended up averaging up my cost to $10.31. It was then that MGY decided to do an about face and start declining. It wasn’t a big drop by any means, so I kept my cool, took my licking, and held on. Hashtag “Diamond Hands”.

Despite a continuing decline, the stock picked up on the day of the earnings call. Just over my cost. Part of me wanted to dump it to avoid the possibility of either a bad earnings call and/or the stock tanking afterwards. But then in after hours trading, MGY jumped from $10.29 to $10.67; MGY had posted an early earnings call (on Monday afternoon, even though it was announced for Tuesday morning) and some lucky bastard managed to sell. I put in an after-hours order for the same amount, but there were no takers.

So I got to thinking, the stock might jump a little tomorrow on opening before it comes down, let me put a new order for half my shares at $10.67 so if it pops off at opening, I lock in some profits, and then the remaining half for a little more. If the second one triggers, great. If not, it’ll give me time to see what’s what and place a new order.

And that’s when it all went south.

MGY did pop up on opening…. the $10.67 order sold, it almost made it to my second order, and then immediately plunged like a block of cement in a river. All the way down to $9.90. I panicked and decided to sell my remaining shares. For some reason I can’t even identify myself, I placed a limit order for $10.31; I had no reason to believe the stock would come back up, let alone that much, but about 15-30 minutes later, it did. My average gain ended up $0.18 a share.

And then it kept going.

I’m usually cool if the stock goes up after I sell it. I missed out on a few cents, a percentage point, big deal. But this one especially hurt. I sacrificed a 20+% gain for less than 1/10 of that. I panicked, got emotional, and instead of realizing “there’s something wrong with this drop, let me see what happens,” I bailed. Now I know how Walter White felt in Breaking Bad when he sold his stake in GreyMatter.

Again here, trying to be clever (by splitting the shares in two) got me in the end. If I’d sold my entire position at opening, instead of half, I would’ve still lost out on the 20% gain but I would’ve doubled what I got. Or if I had just stuck to the plan and left that second order in place, I would’ve gotten even more than double.

As I mentioned earlier, I knew I should’ve kept emotions out of it, and stick to the plan. Now that I’ve had this experience, it’s driven the point home, I now know first-hand why you keep emotions out of it and have to stick to the plan. My new trade in place is on IRIX, which I’ve been very methodical with; as I bought the stock mere minutes before closing, soon after closing I placed an OCA order, one for a stop-loss (my usual 10%) and another for an arbitrary gain of 10%, again with the mindset that if it hits, great, if not, I’ll have time to make an assessment and place another order. And that’s exactly how it played out this morning; the stock rose nicely, reaching for my 10% upper limit, which is when I replaced the order with a slightly higher limit (as well as raising the stop loss). At the end of the day, IRIX came back down, but I’ve left the limit order in place, to be re-assessed tomorrow.

Protocol. Methodology. Automation. The name of the game.